A safe investment with good ROI and perfect home for spending your Time in your home Country with your loved ones. Enjoy live like abroad concept with all the luxury in a safe and secure environment with hassle free maintenance of your apartment. Reach out at Royal Club to avail health facilities or have an exclusive fine dining in an aesthetically designed restaurant area. Whether you wish to invest or want to spend some time in your home town or wish to move permanently, we have a perfect plan for you.

Lahore was one of the premier Mughal cities which hosted the Imperial Court under three emperors – Akbar, Jahangir & Shah Jahan. Later, it served as the capital of Maharaja Ranjit Singh and the powerful Sikh Kingdom of the Punjab. Its role in the evolution of Pakistan was virtually guaranteed by the city serving as the birthplace of the Pakistan Resolution which was passed here in 1940.
From the 16th century English poet, John Milton, to the flamboyant Italian visitor Nicolo Manucci during the 17th century, Lahore was one of the most famous cities in the East, an embodiment of fabulous wealth and splendor.
Lahore continues to be the beacon and center of education, culture and business opportunity in Pakistan. Vast infrastructure projects across the city have made Lahore one of the progressive and business-friendly cities in Pakistan. The Greater Lahore Area now stretches from Kasur to Gujranwala and Sialkot and within proximity to the industrial & textile heartland of the nation; Faisalabad. Lahore offers unparalleled educational, business and lifestyle opportunities. The city is now host to a wide selection of international retail brands spread across premium retail centers including several high end shopping malls. Lahore is home to the performing arts and literary festivals and adds tremendous quality to life. 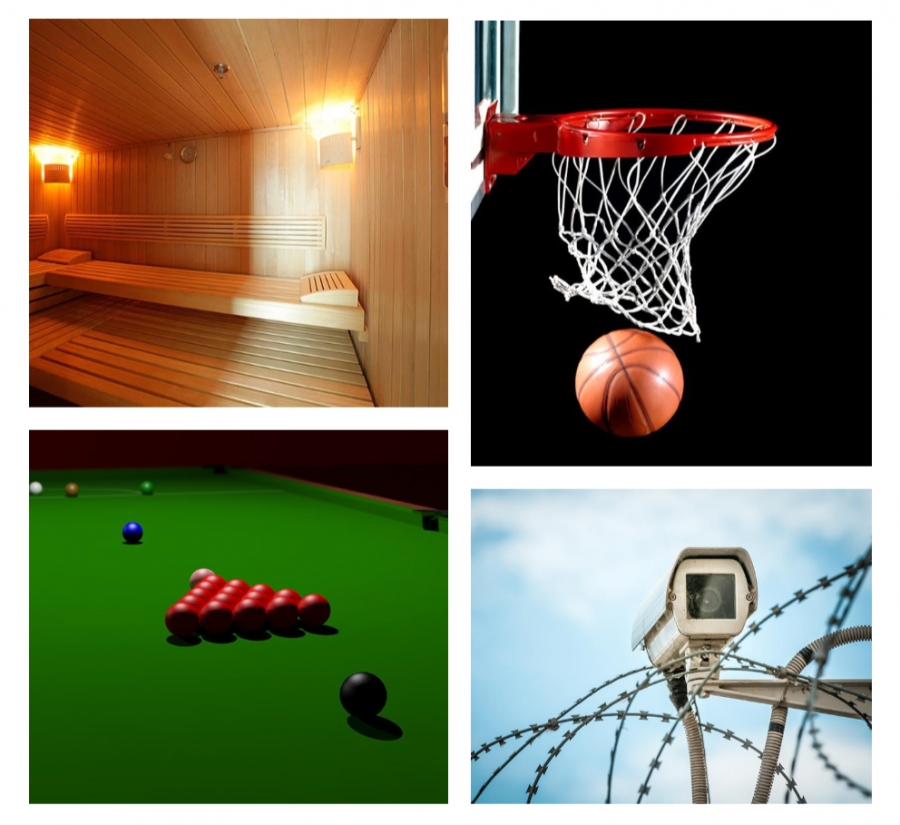 It's just so similar to a project called "Iskandar" in Singapore. Features which attracted me were: Resort living . . .
Nasreen Farooq
The concept of this project is unique and his design is differentiating it from other projects it feels like . . .
M Ahsan
I invested in springs due to 3 main reasons: Full security , All facilities under one roof ,Best place to live during vacations . . .
M Usman
The quality of the project is good. The progress of development is going in a right Direction. The fascinating thing . . .
Hassan Raza
Springs is a project that gives you amazing lifestyle and peace of mind. I am really happy to have an apartment . . .
Rizwan Ahmed
The place of dream, where you can fulfill your all desires under one Roof. The most attractive thing is that they offer . . .
Arshad Bilal
This was not just finding a suitable property for my needs but also providing recommendations for . . .
Mr. Farooq
My wife and I just in the finishing phase of our first investment with Orbit Housing Professionals and I have to say that . . .
Mr. Rauf
Hi, my name is Kashif, from New York. I have purchased an apartment in The Springs Apartment Homes Lahore . . .
Mr. Kashif
Learn More

Orbit Group has introduced a state of the art project on real estate arena which is a blend of Lahore heritage and modern life style. This unique project is based upon five blocks on a land of 86 Kanal situated at Canal Bank Road Near DHA EME. Spring Royal Club is equipped with all facilities.

The Springs Apartment Homes, Gangal west, Islamabad Expressway an apartment building project of 265 apartments. The project has been completed and handed over to customers in 2016. The project is fully functional with all facilities being well maintained by building management team.

We Are Here to
Meet you

Ambitious, forward-thinking and backed by a group of visionaries keen to bring a fresh approach to the business of real estate development. 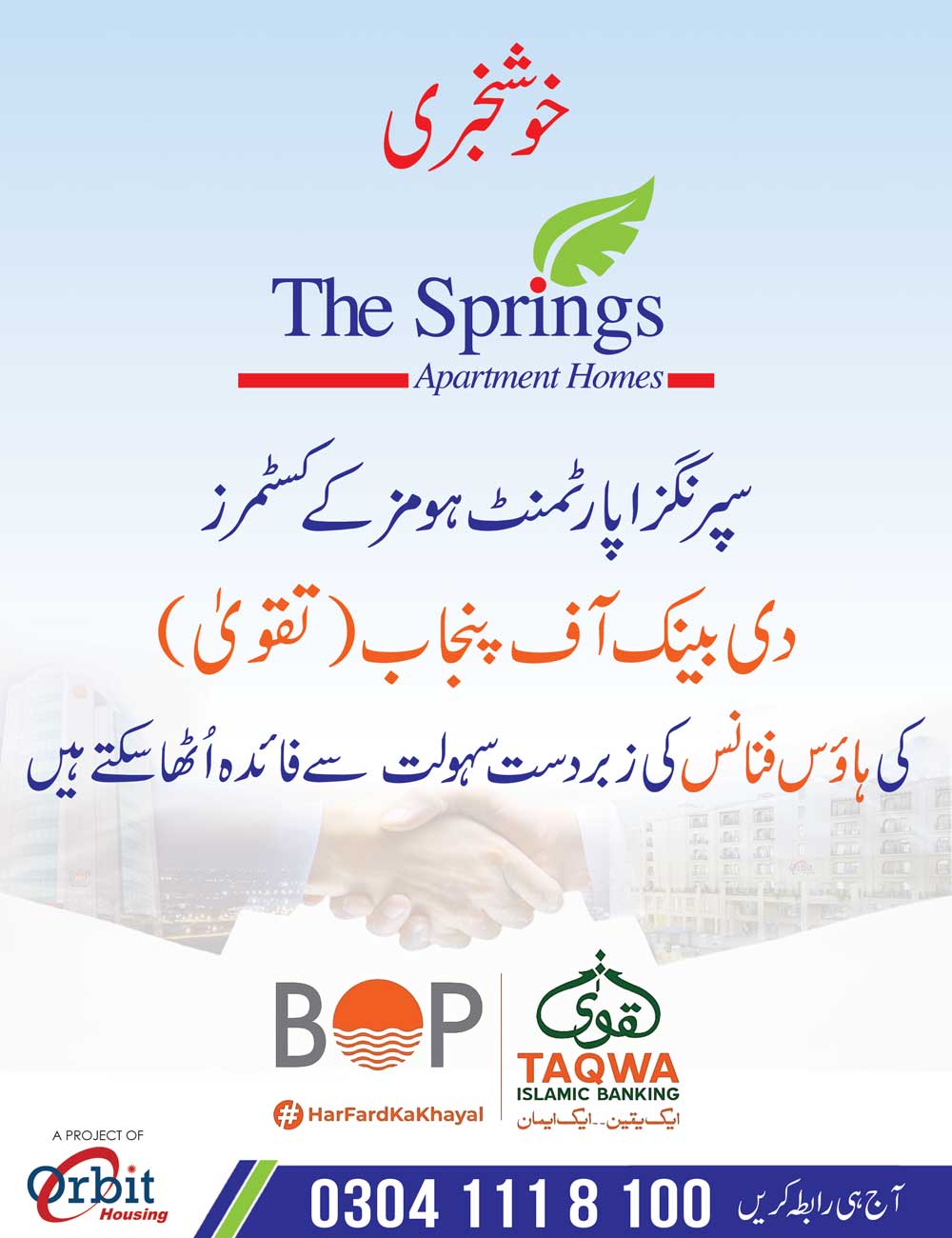 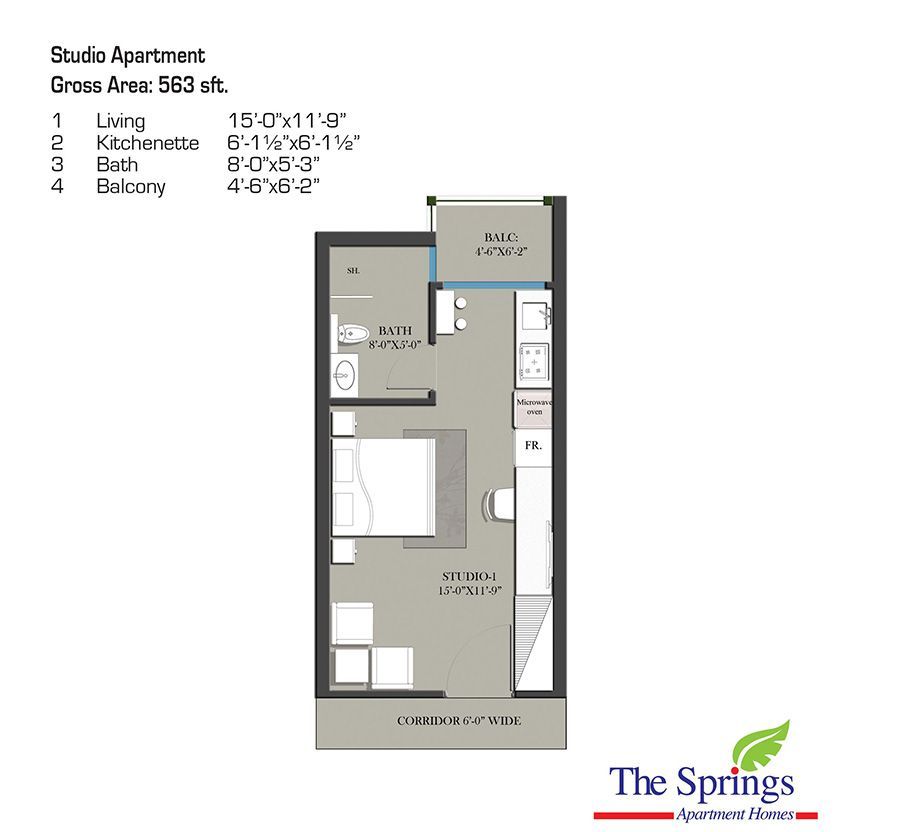